Being back from our New Zealand trip for a week, there have been two recurring questions from friends, family, colleagues and strangers — just kidding, I haven’t gone around pushing my NZ travel stories on strangers, yet! — which have been:

Both good questions and what I’d ask a friend coming back from another country.

And, I’m going to start with food, because it’s obviously the most important thing about a vacation! 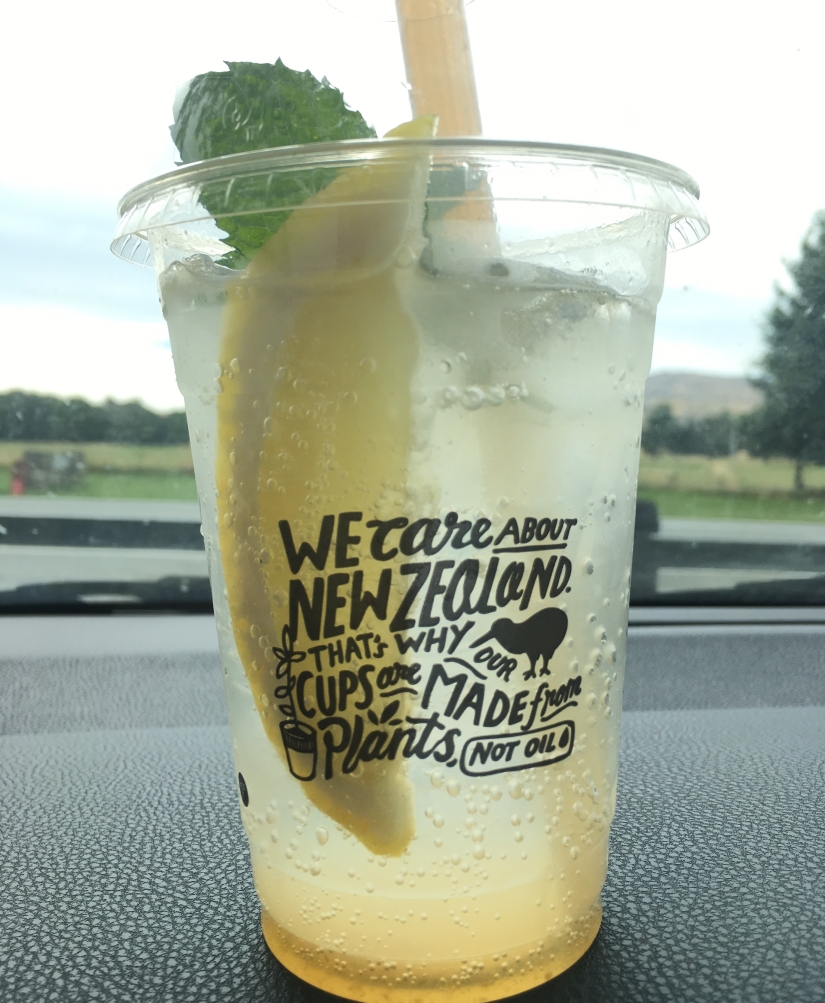 I actually just did a Google search on “New Zealand food” and the top results don’t apply to me because I am a pescatarian. (Yeah, I guess I miss out on a lot of new food opportunities from not eating meat … oh, well!) The internet says roasted lamb, Maori hangi (this contains meat), crayfish and fish & chips are foods visitors must have while visiting the Kiwis.

Bryce and I did share a good plate of fish and chips from the Fish Market in Auckland on our first full day in New Zealand. So, I guess I didn’t totally miss the mark on “eating right in New Zealand.” We did come across crayfish in the beach towns we stopped through but crayfish is kind of like lobster and I’m not a huge lobster fan so we skipped it.

One thing none of those “top eats in New Zealand” will include is the truth about what you will actually eat while road tripping through New Zealand.

Any guesses out there?

Maybe for some people, but not us. 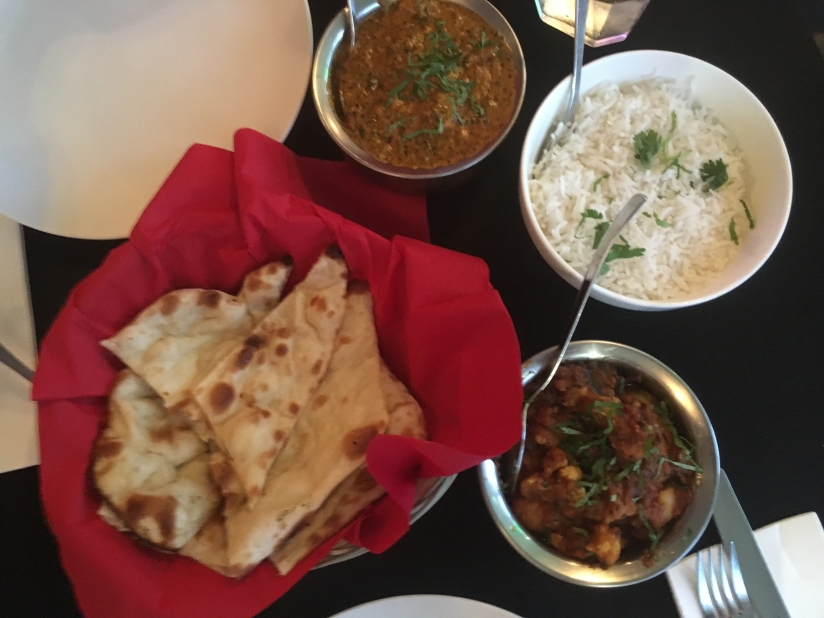 Our entire trip was 18.5 days so we did a lot of driving to explore as much of the North Island and South Island as possible. Often we found ourselves driving through very small to medium-sized towns looking for lunch or dinner. We never expected or wanted anything fancy but all the cafes closed between 3 to 4:30 pm, which was unusual for us since the cafes back home in Seattle are usually open until 6 pm.

But, we could always find and count on an Indian restaurant to be open and serving food until  9 pm — or, sometimes their signs just said “closes late.”

We ate Indian food four times in the 2.5 weeks we were there and it was tasty and accompanied but good service every time! Another cuisine we had often was Thai. If there wasn’t an Indian restaurant available in the town we were in, there was sure to be a Thai restaurant!

Coming from Seattle where we have a lot of fantastic Asian cuisine, including lots of great Indian and Thai restaurants, I definitely didn’t think we would be eating this type of food in New Zealand.

Funny how we traveled 7,000 miles to eat food that made me feel like I was at home!

In addition to the Indian and Thai food, we consumed a lot of good New Zealand cheese and wine. (Our hotels and Airbnb hosts were so nice in gifting us a bottle of local sparkling wine or champagne since we were on our honeymoon). We were also able to enjoy some very tasty no-frill “whitebait sammies” and Maori fry-bread sandwiches!

Don’t get me wrong, we also ate tasty salads, quiches, meat pies for Bryce, and other cuisines such as Japanese and Turkish when we were in the big cities.

I am also very impressed with New Zealand’s ice cream — so much that I am devoting another post just for that!

What interesting or surprising foods have you had while traveling?

2 thoughts on “All about New Zealand food, sort of.”

My phone reminded me that 4 years ago I enjoyed this real fruit ice cream at a roadside stand in New Zealand. It was berry delicious. As you can see, I only keep the really important photos saved on my device.
Last weekend.
First snowshoe of the season ❄️🥾
Sunny beach day after days and days of rain.
Sand Dunes Day. #tbt
Happy New Year.