Yesterday I was reminded of Natalie’s death in a weird way: a Facebook post of friends’ wedding anniversary.

If I hadn’t seen their anniversary post, would I have even remembered? I wasn’t sure. And, that made me suddenly feel really sad.

I mean, sure, during this pandemic, who is keeping track of the days anyway? But, even if I did wake up remembering it was May 2, I’m not positive I would have made the connection.

Also, why would my friends’ wedding anniversary remind me of Natalie? These were friends I made long after her passing. However, I distinctly remember being at their lovely wedding and thinking of Natalie, because it was the anniversary of her death. I remember thinking how she would never experience falling in love, getting married, starting a family … she passed away when we were only 17 years old.

So, I do what I always do when I think of Natalie. I looked up old photos of us. I listened to mix CDs that she made for me. (Well, OK, listened to the mixes that have long since been uploaded to my computer). They include a lot of Mates of State and Travis. 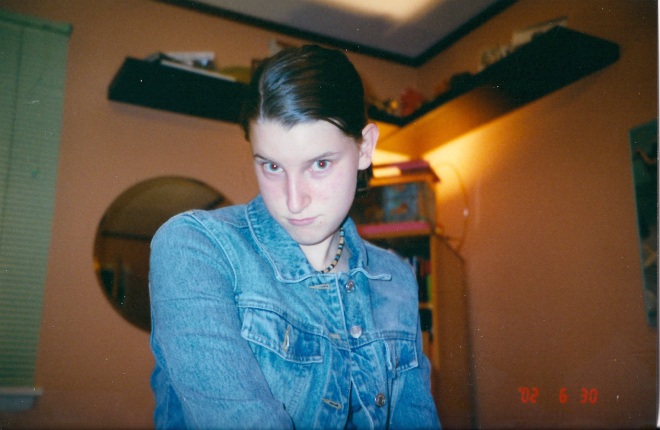 I’ve written a lot about her and her passing during this time. A part of me feels like if I don’t, I am “forgetting her.”

She was selfless and kind. She was very creative and smart. A true friend. Recently — or was it a while ago? — Joanna and I had a conversation on where we thought Natalie would be if she were still here. Would she be in Seattle rocking it at a design agency? Would she be in New York City, or maybe Europe? We agreed that all of these could be viable possibilities.

It was raining yesterday. Instead of going on a walk, I decided to do yoga, followed by an at-home dance cardio video. (Out of getting really bored by my running routes in my neighborhood, I have started to do a few at-home workout videos to switch things up).

As I awkwardly tried to follow the dance steps of the instructor on my TV screen, I couldn’t help but laugh at myself. If Natalie were here, she would have been right alongside me, laughing too.

It was not uncommon for us to have random N*SYNC dance parties with our friends at her house. After all, we were pre-teens. We weren’t doing it to post on social media like the kids these days do now. (Social media didn’t even exist unless you count LiveJournal!) We were just being goofy and having fun.

I miss that. I miss her.

1 thought on “Still missing you”