When Bryce planned our Southwest road trip, he knew from the beginning that he wanted to stop in Roswell.

“Just for the morning?” I asked.

“Yeah, we’d be there just for an hour, tops,” he replied.

OK, sure. Might as well go check out the home of the “UFO incident” since we’d be in the area, anyway.

As we approached the city of Roswell, we first saw a big “welcome” sign on the side of the road. There was a UFO preparing to abduct cows on the top of it. As we drove by, Bryce asked me if I wanted him to turn around so I could get a picture.

I didn’t even have to think twice, the answer was yes! I would fully embrace Roswell!

After we got our signage photos, it was time to actually get into town. We easily found street parking across from the UFO Museum, our one and only stop in Roswell. Next to our parked car was a lamp pole where the top part was an alien’s head. This alien was still festive with its Santa hat on. I looked down main street and saw a row of alien lamp posts with little red hats on them.

The storefront next to our car had lots of alien memorabilia displayed. Now looking back, I’m surprised there wasn’t “space music” playing throughout the city from loud speakers. Maybe that’s just for special occasions.

When we walked into the UFO Museum, a very friendly woman greeted and thanked us multiple times for coming in.

I was surprised (impressed?) by how much factual information they had up on the walls. OK, OK, “factual” information. Can the son of the person who “witnessed” a UFO account really be a legitimate source? Especially when the son is recounting the event as an adult some 30 years later? The journalism major in me would say, “Nope.” 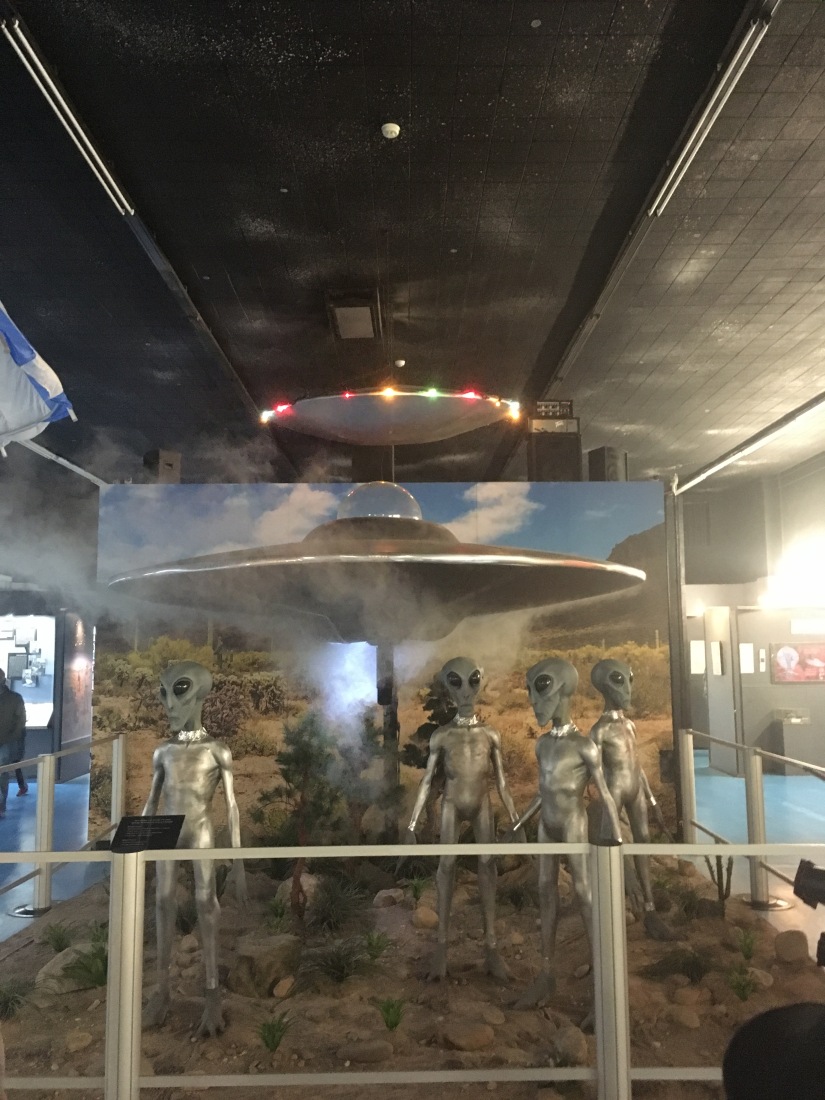 Along with the walls of interview transcripts and photos of people involved with these sightings, there was a large display in the middle of the museum of a few aliens and their ship. I don’t know if these aliens were built to scale but they were probably about a foot shorter than I am. They also had very toned glutes so I guess they work out! About every 10-15 minutes, steam would come out of the ship and lights would flash off and on while music played. It was interesting …

Oh, another thing! I couldn’t get over was how I kept hearing “Leia’s theme” from Star Wars. If this museum is supposed to recount true events, why play the soundtrack from a fictitious galaxy far, far away? 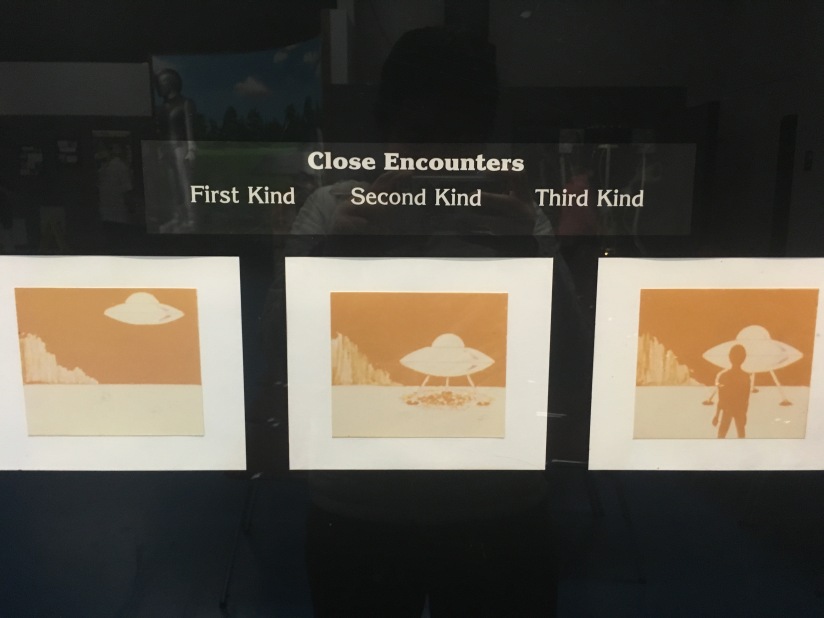 Don’t get me wrong, I did learn a lot at the UFO Museum. But, just to show you what my baseline of knowledge was, I didn’t even know that the TV show, Roswell, was about extraterrestrial creatures. I thought it was just some teen drama about kids who lived out in the countryside. Before coming to the museum, I didn’t even know what the difference between “close encounter of the first kind” was to “of the second kind” or “of the third kind.” I just thought it meant the number of times you saw an alien/creature. For those of you as clueless as I was, it’s not.

Roswell was fun and worth the stop. Do I believe? I believe that all those people who say they saw something did see something. UFOs and aliens though? That’s still up for debate.

5 thoughts on “Roswell: they sure do believe”