There seems to be a trend where I go on vacation and come home to Seattle snow.

Last year it was after our three-week honeymoon in New Zealand. I arrived back home to snow-covered streets and multiple more snow days that followed. That time, Seattle received more than a week of “significant” snow. I was happy that I only had to experience the tail end of it. 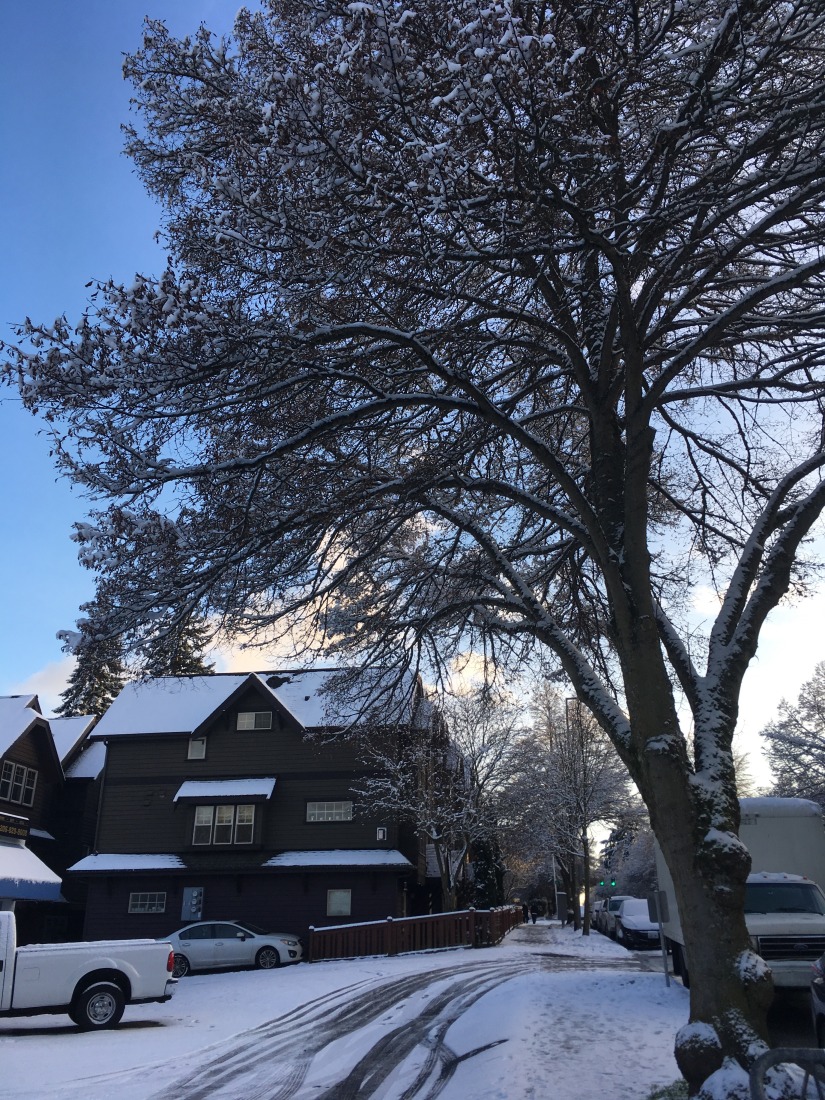 This time, it was a bit lackluster. (But I guess looked pretty).

I returned from Japan last week and all week there were talks about a big snow storm hitting the Seattle-area.

There kept being weather forecasts and predications of snowfall. And, yes, the snow did fall … but, not as big or as much as everyone expected.

It started snowing Sunday night and everyone anticipated a snow day on Monday. Not so much. We woke up to snow covered trees and houses. But, the roads were pretty clear. The same thing happened Tuesday … and Wednesday.

The great thing for me has been that traffic to work has been non-existent! People are either not going into work to avoid potentially icy road conditions, or are avoiding driving by taking the bus. Today, Seattle Public Schools actually had a “snow day” and cancelled school, despite no real new snow fall.

This afternoon, I felt confident enough to go out on a run because the roads and a majority of the sidewalks were clear of snow. I did use caution, and luckily didn’t come across any ice.

Hopefully this has been it for Seattle snow for the year.

The snow can be pretty. But, it can also be a pain.