I’m a runner who is trying to remember what it’s like to be an uninjured runner again. For me, that meant signing up for a race, setting a race goal, training for the race — and then running the race.

I chose the Seawheeze Half-Marathon in Vancouver, Canada.

I was more worried about getting to packet pick up the night before, than I was about the actual race.

My husband and I drove through horrible Friday afternoon rush hour traffic and made it to Vancouver just in time — with 15 minutes to spare! — for me to pick up my packet before it closed.

We were spending the night in Burnaby, a city just outside and to the east of Vancouver. This is because I didn’t plan ahead and by the time I looked for places to stay in Vancouver proper, there were no good options. In my opinion, good options = affordable. By the time I checked, all the affordable hotels were booked and everything else was $300/night or more!

I was a little worried about having to wake up even earlier to get to the race since we wouldn’t be staying in Vancouver. We had no issues though. It was only about a 20-minute drive from our Airbnb in Burnaby to the race start. Bryce dropped me off fairly close to the race start area so I only had to walk three blocks!

I was also worried that he’d have trouble finding parking or would have to park super far away. Nope. He was able to find street parking nearby — and also didn’t have to pay very much since the race started at 7 am and paying for street parking wasn’t even in effect yet! 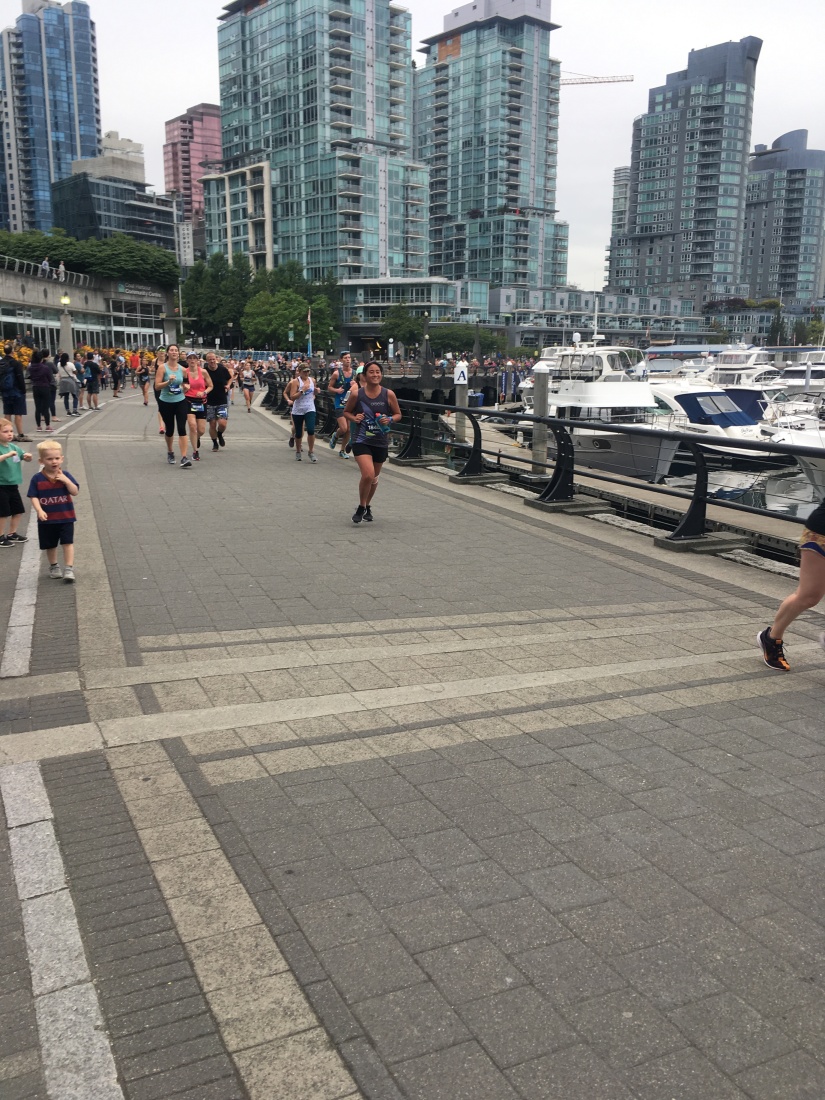 It honestly couldn’t have gone any better.

I felt fairly strong throughout most of it. One of the major hills (that is on a bridge), didn’t bother me. I was clipping away at a good pace and passing others up the bridge.

Bryce also ran to different points of the race to cheer me on so it was really nice to see him along the course.

I had to dig really deep the last three-ish miles, but you’re not racing unless you dig deep, right? I also surpassed my time goal, which felt really good after having an on-again off-again knee injury for the past few years.

After the race, I was looking forward to eating and more eating!

Bryce found a very authentic Japanese restaurant and we filled our bellies with udon for lunch. We also stopped by the nearby Nikkei National Museum/Cultural Center and visited the museum. Nikkei is anyone with Japanese ancestry. I learned a lot about the history of Japanese-Canadians.

In the afternoon, we headed to one of our favorite matcha cafes. However, it ended up being a huge disappointment. When we arrived to the cafe, all the blinds were down and they appeared to be closed! There was a note taped to the door that said that the tenant (the cafe) hadn’t paid their rent and that the locks to the doors had been changed.

Disappointed, we walked back to the car — and started scrolling on our phones in search of an alternative.

Bryce found another cafe nearby that served matcha — from the Google reviews and photos customers had posted, it looked pretty good. Plus, I was starting to get a slight headache so I needed caffeine stat! 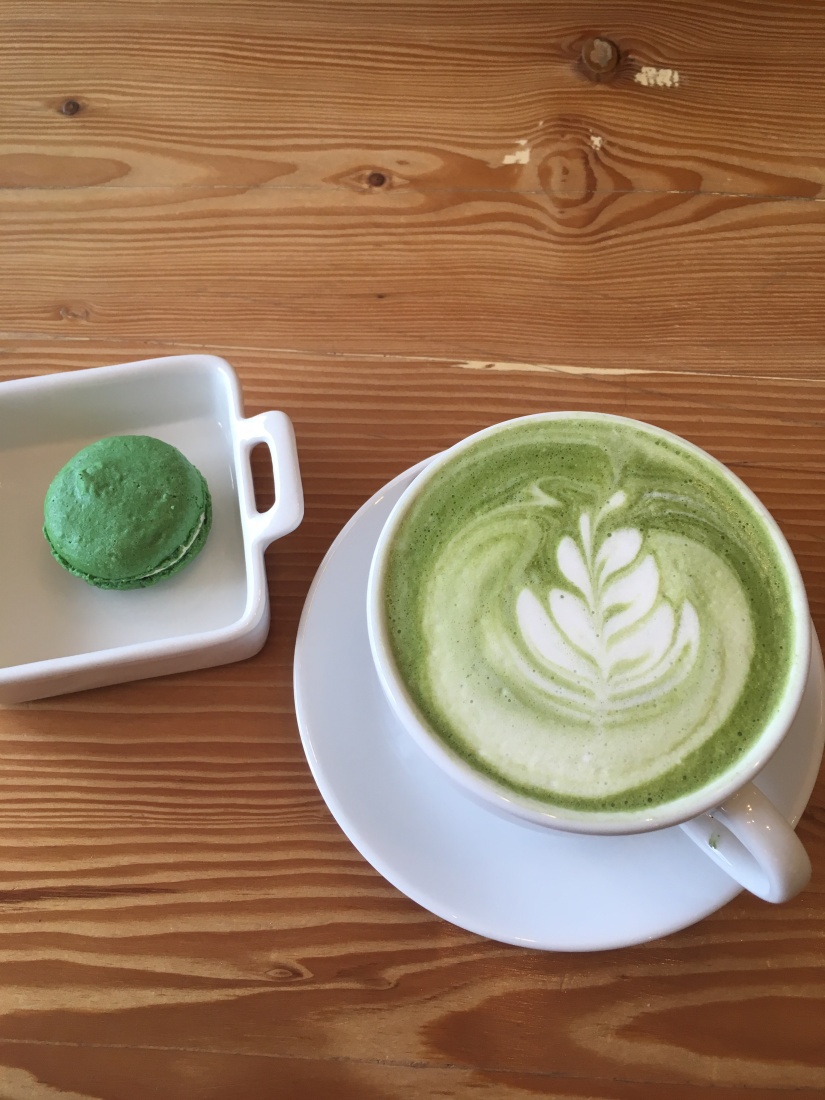 It was a shot in the dark since this cafe was more of a “regular” coffee shop that served matcha — rather than the closed one that specialized in matcha. But, you know what? The matcha latte I had was tasty! And, I also had a matcha macaroon on the side! I was pleasantly surprised.

For dinner, we were able to walk to a Taiwanese restaurant for noodle soup. It was only five minutes away by foot and the service was quick, they served large portions and the food tasted delicious! (Yes, in case you haven’t noticed, noodles are my favorite food group!)

The next morning, we headed to Granville Market for breakfast. We were there early enough (9:45 am), that we were easily able to find parking — and it was still free! (Paid parking begins at 11 am on Granville Island, in case you care).

Breakfast at Granville Market obviously means Siegel’s Bagels. There was already a line when we got there, but it moved quickly. I had a plain bagel with regular cream cheese, smoked salmon, capers and red onion. We devoured them in mere minutes at a table inside. There was no way I was going to eat my bagel outside. (A few years ago, we made the mistake of eating our bagels outside where there are benches and a nice view of the water. However, the seagulls are super aggressive — which we didn’t know until one came swooping down and took a piece of my bagel out of my hands! I hate birds so this was, uh, very upsetting for me).

No encounters with seagulls this time. 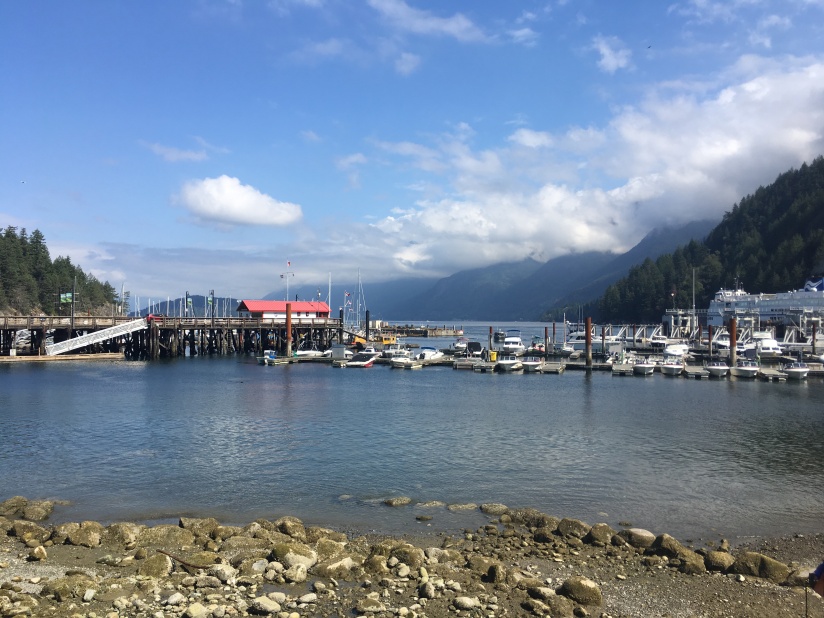 After breakfast, we decided to go on a little drive north rather than head back home to Seattle right away, since it was still fairly early in the day. We ended up stopping at Horseshoe Bay, where there is a ferry terminal, some boats, a park and some shops.

We just walked to to the small park and enjoyed the views of the water and mountains. And, saw three seals enjoying a swim!

And, of course, a trip to Vancouver isn’t complete unless I have some type of matcha dessert. We made sure this was fulfilled by making one final stop before heading back to Seattle. 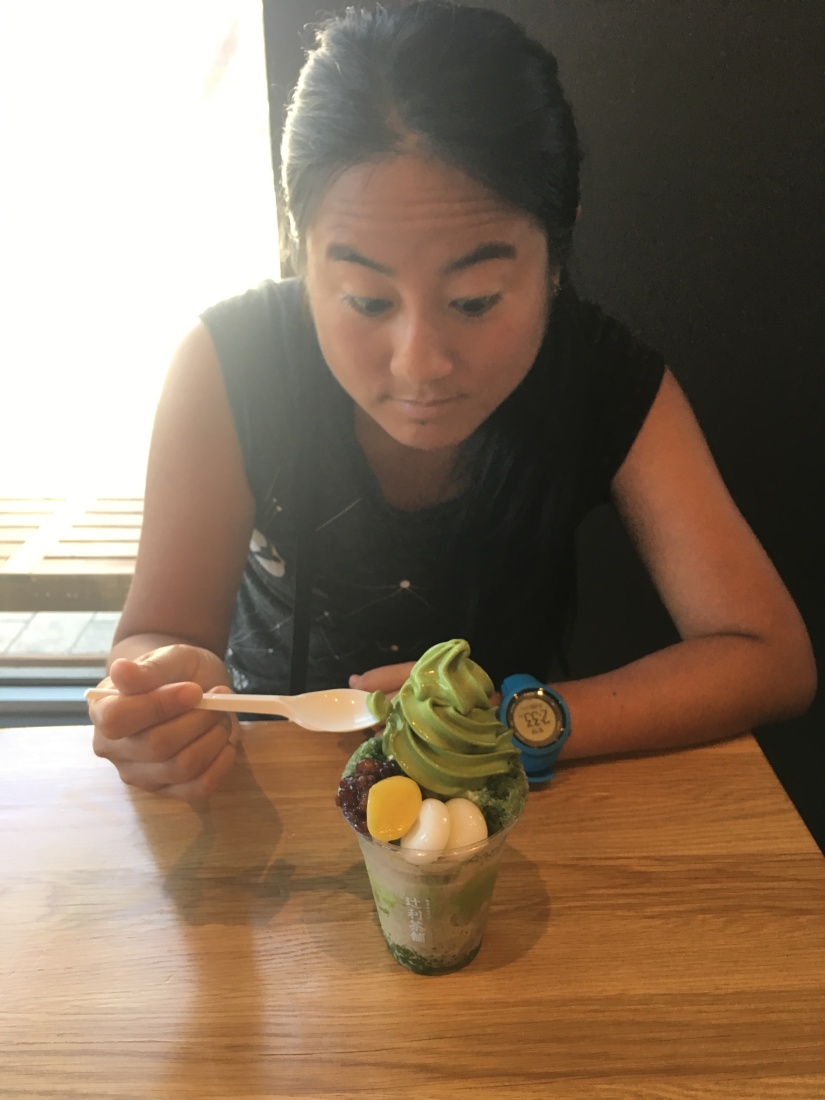 Everything that had stressed me out going into this trip, ended up all working out.

I had a great race.

I ate all of my favorite foods.

And, I got to do it all with my favorite person 🙂

1 thought on “The trip where everything just worked out”